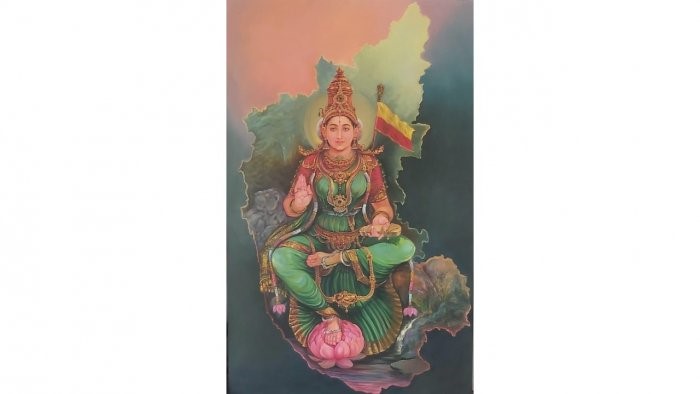 Kokubunji  A five-member committee appointed by the Karnataka government has finalised the image of the Goddess Bhuvaneshwari, the deity representing the Kannada identity, which will be used in all official programmes

Some of the features of the image (as per sources in the ministry) and the thought behind their inclusion are as follows: