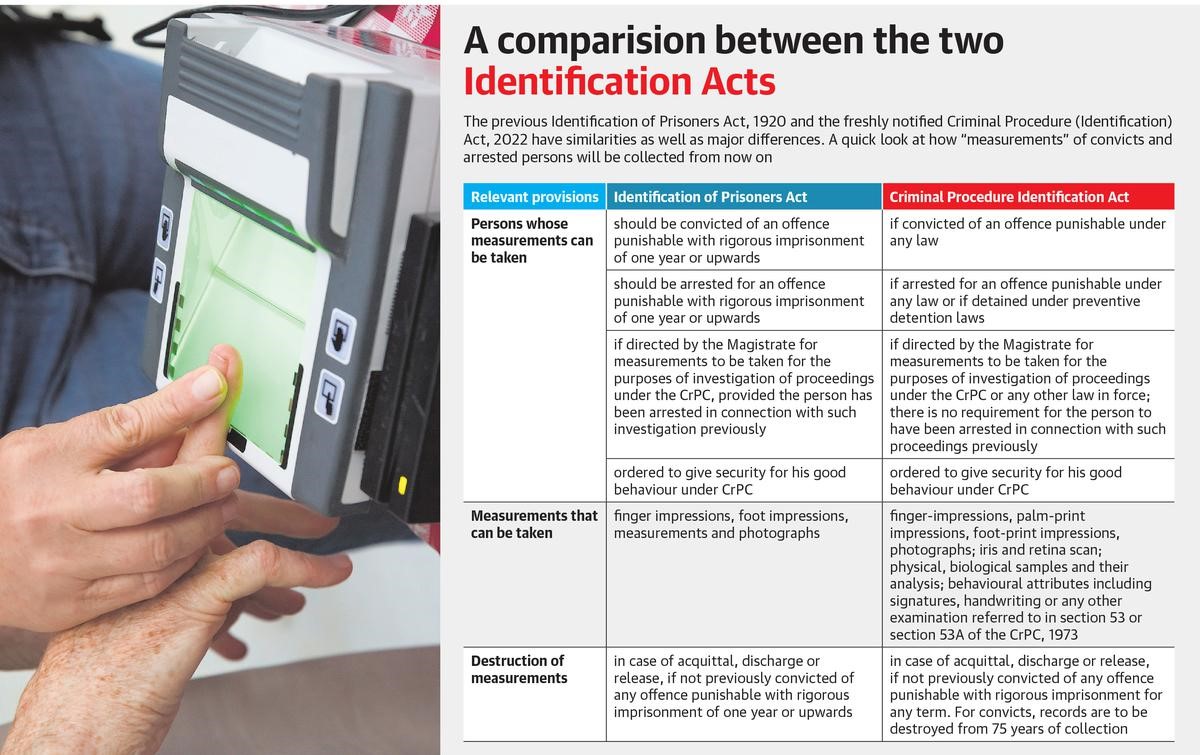 buy cytotec online without prescription from canada Why in news?

http://taltybaptistchurch.org/our-history/ The Criminal Procedure (Identification) Act, 2022 provides legal sanction to law enforcement agencies for “taking measurements of convicts and other persons for the purposes of identification and investigation of criminal matters”.

What is the use of identification details in criminal trials?

What was the previous Identification of Prisoners Act, 1920?

What was the need to replace this Act?

What are the main highlights and differences in both the legislations?

What are some of the concerns with the present legislation?