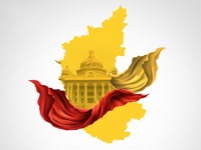 Alum Rock Why in news?

What is the Origins of the word ‘Karnataka’?

Though the etymology of ‘Karnataka’ can be traced to multiple texts and theories, researchers agree that each of them encompasses the history, the culture, the language, the people, the geography, and the way of life of the land.