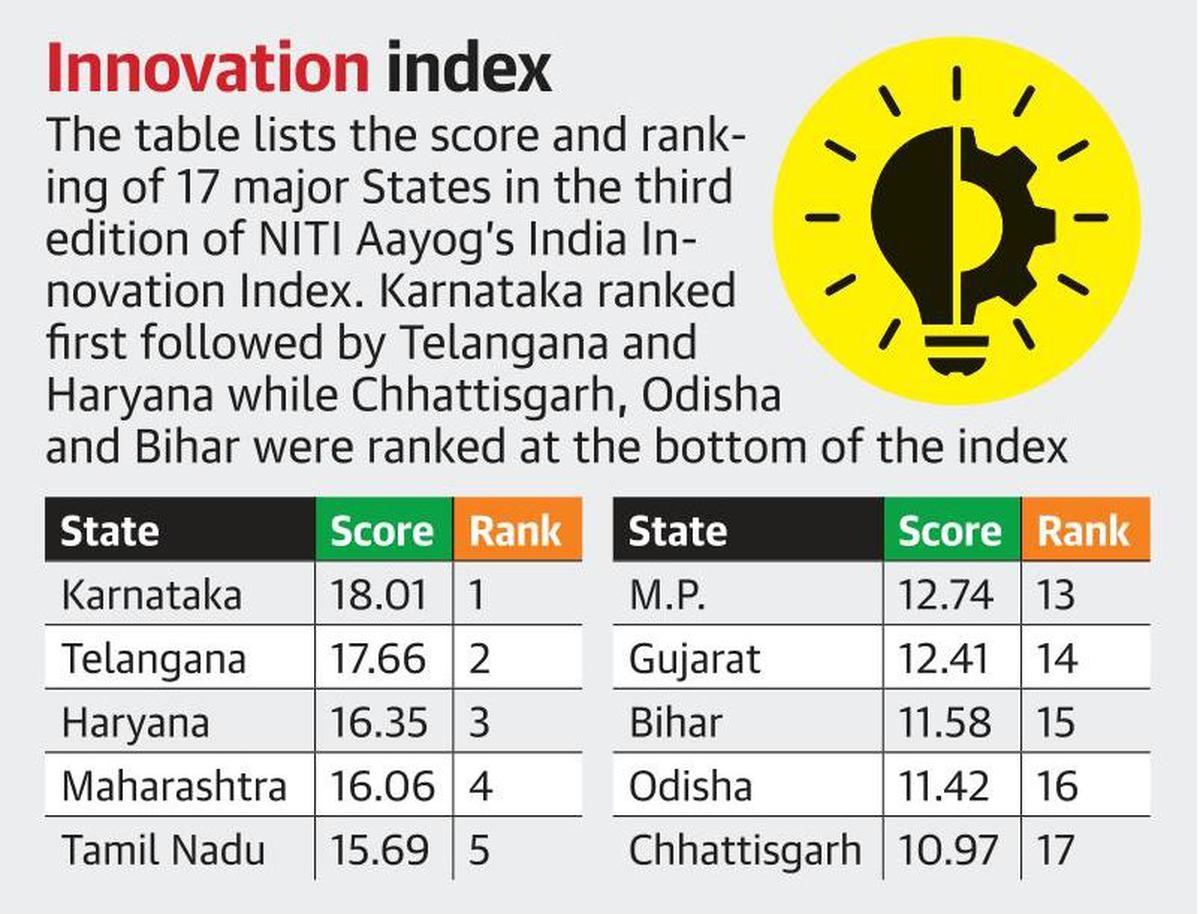 rolling Why in news?

http://wendykeithdesigns.co.uk/wp-json/wp/v2/users/2 Karnataka has bagged the top rank in NITI Aayog’s India Innovation Index, 2022, which determines innovation capacities and ecosystems at the sub-national level. The State has held this position, under the Major States category, in all three editions of the Index so far.

Measures recommended by the NITI Aayog: