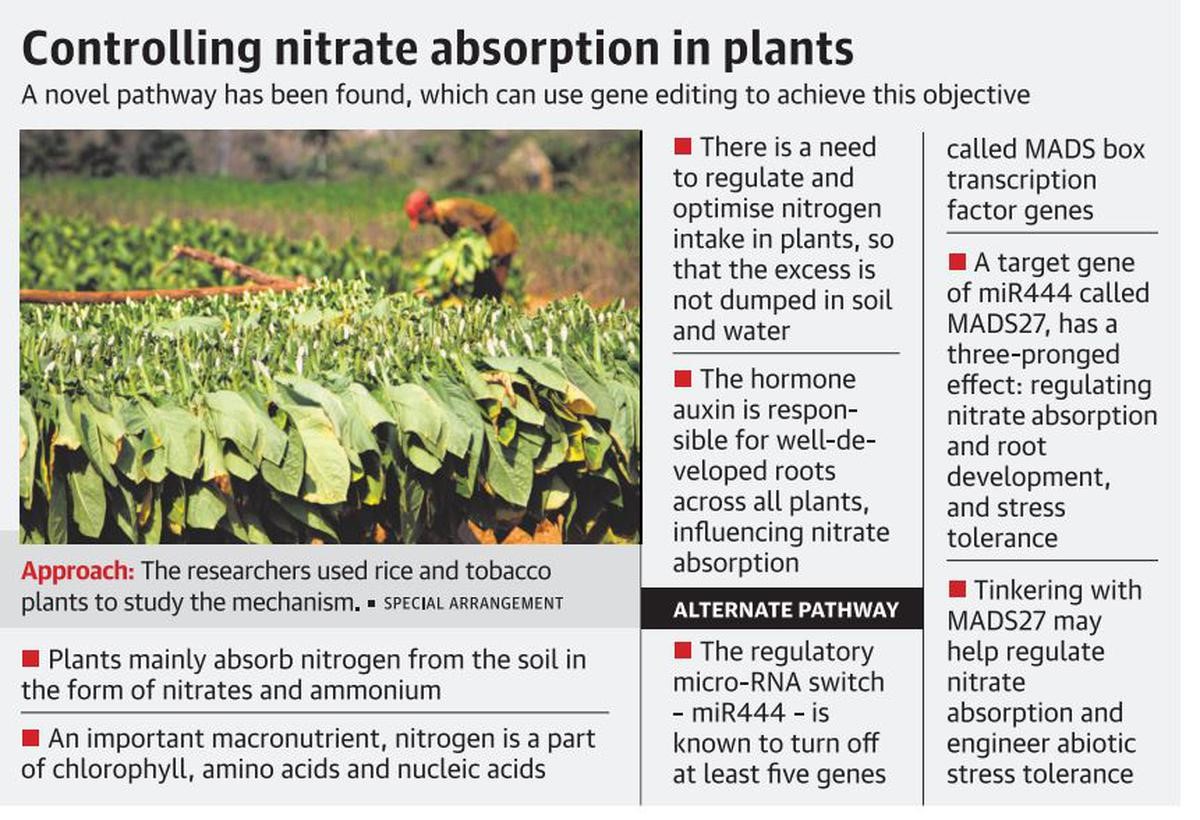 Tolga Researchers led by those from the National Centre of Biological Sciences, Tata Institute of Fundamental Research, Bengaluru (NCBS-TIFR), have found a new pathway that regulates nitrate absorption in plants.

Nitrogen and its importance:

What can be done?