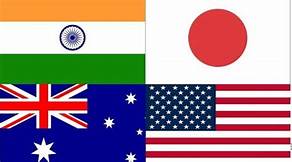 EDUCATION: On education, the Quad fellowship programme will award 100 graduates — 25 scholars from each Quad country — opportunities in leading STEM (Science, technology, engineering, and mathematics) programmes in the U.S. This is not a government programme but a philanthropic initiative.

IMPORTANCE TO INDIA : The institutionalisation of the Quad has begun to gather speed. For India, this grouping is critical. It is the first major plurilateral organisation in years where India is on the ground floor, an equal partner of the new P4. It has much to contribute and leverage, beyond its market. This is an opportunity for India to work with the advanced economies to “build habits of cooperation”, while confronting the 21st century challenges in its Indo-Pacific neighbourhood