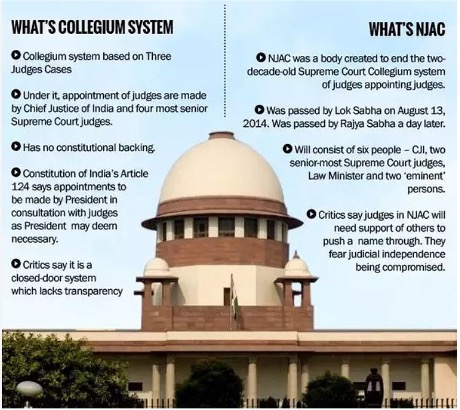 Pregabalin to buy uk Why in news?

Treviso Chief Justice of India D.Y. Chandrachud agreed to list in due course a writ petition to reconsider the collegium system of judicial appointments to the Supreme Court and the High Courts.

The battle for Judicial Appointment

How Are Judges of the Supreme Court Appointed and Removed?

Who are appointed under collegium?

How did collegium functioned ?

Why did the supreme court strikes down the NJAC in 2015?

What are the benefits of the NJAC Act?

What are the issues with the current collegium system?