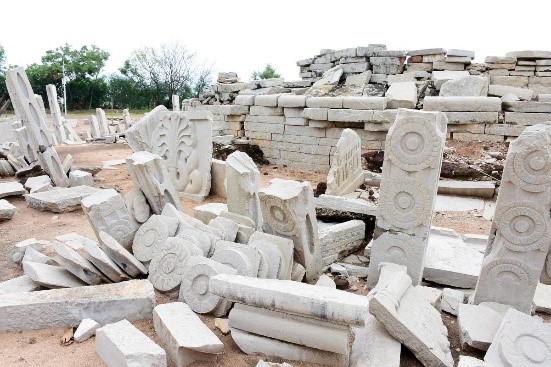 Libertyville The excavation by the Archaeological Survey of India (ASI) between 1994 and 2001, the ancient Buddhist site on the bank of Bhima river near Kanaganahalli (forming part of Sannati site) in Kalaburagi district, has finally got some attention.